Join Date: Sep 2013
Location: Northfield Minnesota
Posts: 4,470
Quote:
Originally Posted by angeliza View Post
@Tree Awwwww, Tree...you've been wonderfully dear and kind since m return to this site. You're a good person, and a good fish-mom. Even good mom's make mistakes, and highschool is both tiring, and eats up a lot of time.

It's alright. Take your time, and return to us once you've found a way to balance your education, your hobby, and your free time. We'll be here waiting!^^

<3 thank you! Everyone has their ups and downs. But it is frustrating when you love the hobby but have hardly any time for it due to adult life. =( School, work and fish care can be very hard to juggle around indeed. Luckily I am not in school but having two jobs evens it out. lol

Came to show you the 'before' pic of the fish room, and the three tanks I cleaned today. They honestly look so much better. Presenting the 15G Rimless, Tora's 5.5, and Suisei's 20G tub.
moodynarwhal and VSA like this.
The Males~
Lucifer, Gabriel, Titan, King, Finnegan, Fin-again & Ricky.
Lucifer & Gabriel are my only non-rescues...

Join Date: Sep 2015
Location: Back in Texas
Posts: 140
@Tree WHOOPS I meant that for ThatFishThough!
Not sure how I got you two confused. X'''D

Join Date: Sep 2013
Location: Northfield Minnesota
Posts: 4,470
Quote:
Originally Posted by angeliza View Post
@Tree WHOOPS I meant that for ThatFishThough!
Not sure how I got you two confused. X'''D

You've also been absolutely wonderful though, Tree.^^
hahaha I thought it was strange that you tagged me. LOL but it's alright. =)

Join Date: Nov 2015
Posts: 2,588
(((HUGS))) I know how easy it is to get completely overwhelmed, and start letting things slack off then having the critters we love suffer due to it.

Sounds as if you realize where you went wrong and are taking steps to correct it, that's the most important part. Take all the time you need and come back when your ready.
Rainbo is offline
Quote Quick Reply
post #16 of 23 (permalink) Old 10-26-2017, 12:15 AM
Animals15
Member

Join Date: Sep 2017
Posts: 130
I will miss you greatly while you are away, but I support your decision. I will be here when you get back. :) Please do not be hard on yourself! You are not alone, each and every member here at some point has run into some of the difficulties you have, including me! The important thing is you are coming up with a solution with the fish's best interest at heart. My advice for you is listen to your heart and do your best.

Sleep in peace Nimbus, your owner truly loves you


Here is a memorial for all of our past pets 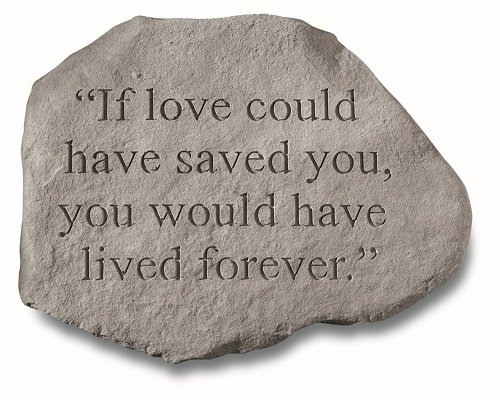 Join Date: Sep 2017
Posts: 130
I did not see a picture of your aquariums before posting my reply. Your tanks are BEAUTIFUL. I think the 15 gallon rimless might be my favorite the aquascape is amazing. The 5.5 is great as well as the tub. The live plants you have probably help with water quality too which will help out a lot! Tanks with A TON of live plants can usually go a bit longer without as many large water changes. Maybe instead of huge water changes you could start doing smaller ones more often so that it would not be hours of cleaning at a time.
Animals15 is offline
Quote Quick Reply
post #18 of 23 (permalink) Old 10-26-2017, 10:06 AM
DangerousAngel
Member

Join Date: Mar 2015
Location: Texas
Posts: 3,023
Aquarium
It happens to the best of us, you are an amazing fish keeper just for admitting what's happened, and deciding to correct yourself, instead of letting them suffer. I hope you can get everything organized and settled, and can come back soon! Take care <3

Join Date: Feb 2014
Location: Virginia
Posts: 157
Aquarium
I completely empathize with you... Being in college, working full time, and being clinically depressed I definitely fall behind A LOT more often than I would like to admit. I'm very proud of you for recognizing that you are stretched and taking the time to correct your mistakes. Honestly I should probably take a page from your book and reset a little in order get my tank back in shape! I wish there was a way to keep ourselves more accountable. Also I wanted to say that it was very encouraging to read that other people struggle to stay on top of thing and that its not just me... thanks for being so vulnerable everyone.
Cryztyle is offline
Quote Quick Reply
post #20 of 23 (permalink) Old 10-26-2017, 06:22 PM Thread Starter
ThatFishThough
Member

Join Date: Jan 2016
Location: North Dakota
Posts: 3,462
Aquarium
I've started taking neon post-it notes and putting them on the back of my door (which is closed at night) so when I wake up in the morning I remember to do whatever... I have probably close to 50 post-its, mostly because I put everything (even related things) on separate post-its... makes it more noticeable.

Today I'm going to do my two smallest tanks, since I don't have much time... the 3G KK with a friend's hand'picked baby mysteries, and Kai's 1G hospital tank. Should probably also do the 5.5G shrimp tank too but I'm not sure if I'll be motivated enough... Also, it's snowing... So there's that too.
The Males~
Lucifer, Gabriel, Titan, King, Finnegan, Fin-again & Ricky.
Lucifer & Gabriel are my only non-rescues...