New to betta fish! :D
Hey everyone, i'm Sara! I'm 21 years old and currently a college student. Keeping fish is one of my newest hobbies (or addictions lol). My boyfriend and I have been into saltwater fish for over a year now (we have a 75 gal, 14 gal, and 29 gal) but i'm new to betta fish.

I was contemplating getting a betta fish for a while, but never took the plunge. About a week ago my friend called me up and asked if I'd come and help her pick out a betta fish. I figured why not, right? We went to both Petco and Petsmart to check out her options (They were only a block away from each other, thank god). They both had a bunch of beautiful fish, and she had a hard time deciding. When we went over to Petsmart, they had two beautiful elephant ear bettas on sale (Their water was pretty cloudy too, poor boys). I fell in love with the one guy so much, that I decided to buy him, while my friend took the other one! I bought him a nice 1.2 gallon tank with a filter, a fake plant and a peace lily. Only a few days of keeping him, I realized the tank is kinda small. So I splurged a bit and got him a 5.5 gallon tank and two more plants! I plan on adding a moss ball and maybe a terracotta pot to the tank tomorrow. I'm thinking about adding maybe a mystery snail to the tank eventually too, but i'm not too sure yet. He is such a sweetheart and is packed with personality. I'm in love!

So without further adieu! Here he is! (Still doesn't have a name, maybe you guys can help?) 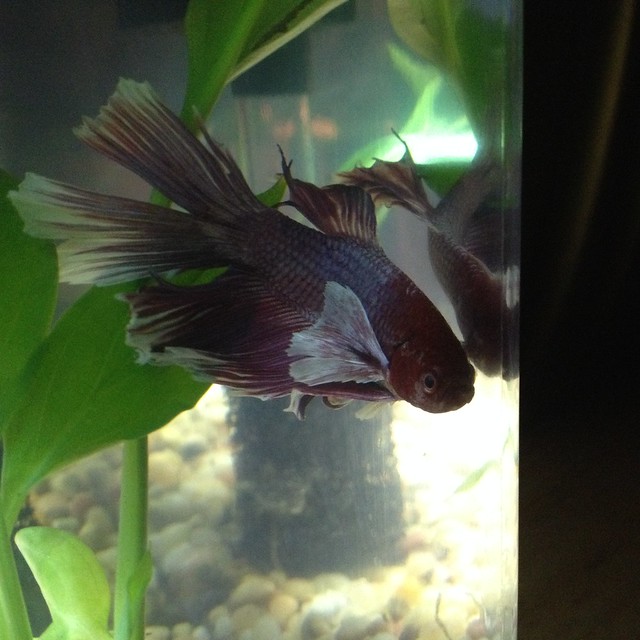 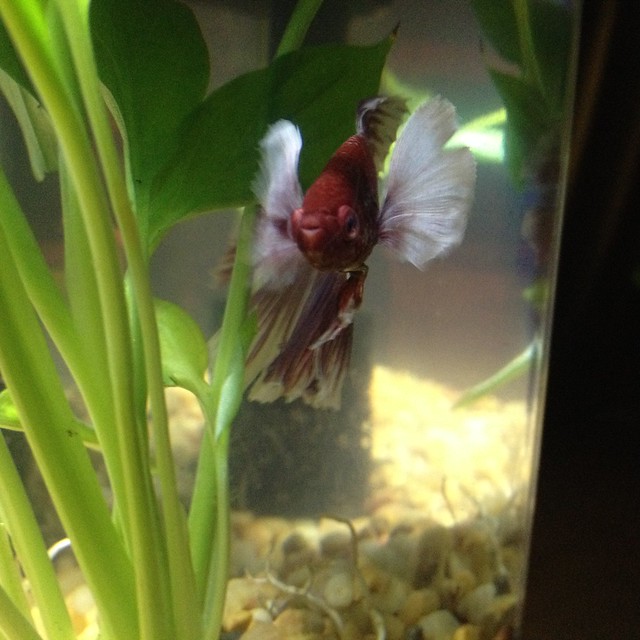 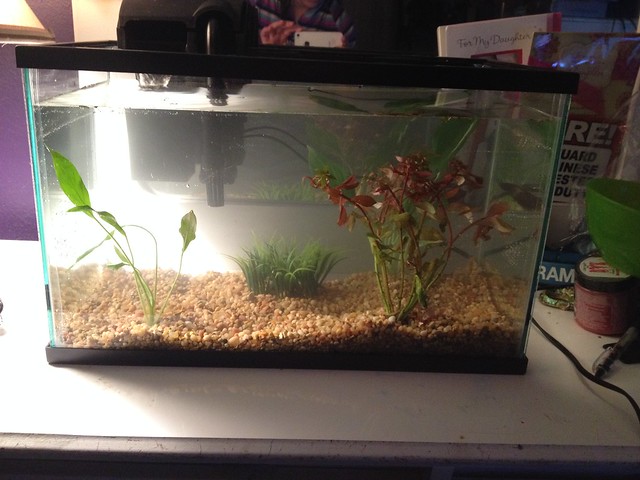 (BTW he does have a hood on his tank, i just moved him when I took this picture) 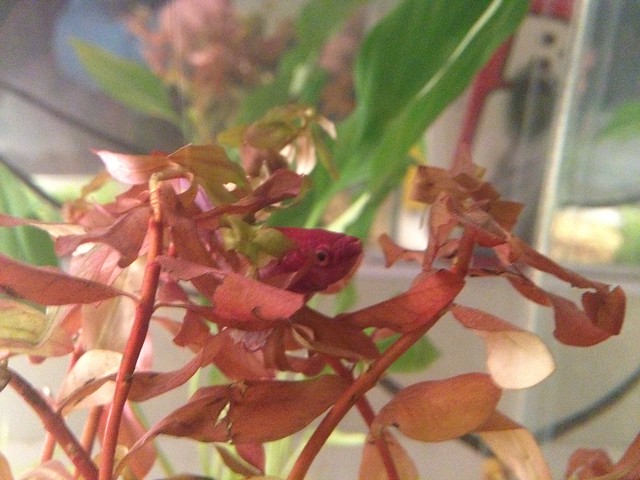 He really loves this plant! He's always sleeping in it!

If you guys have any suggestions or advice, please let me know! I want him to have the best life possible with me!

I notice that he doesn't seem to be really interested in food. He only ate 2 pellets a few days ago. Do you think it's just from the stress of moving him to a new tank? I tested all of my levels and they seem to be fine and the tank temp is 80 degrees. I've tried frozen bloodworms and pellets, but it's hard to tell if he's just distracted and not seeing the food, or if he's just ignoring it. Any advice on how to get him to eat?
Mallowolf is offline
Quote Quick Reply
post #4 of 4 (permalink) Old 05-18-2015, 01:15 AM
ZippyDippyDoo
New Member

Join Date: May 2015
Location: Rust Belt, USA
Posts: 47
Hmm. I'm a fairly new owner myself (got my first a few months ago). It might be a good idea to ask in the betta fish care section. There will be people with lots more experience than I have that can help you out.