Join Date: Jun 2019
Location: Canada
Posts: 56
guppie help!! emergency!
So my mom brought home this fish from a classroom at her school, it was a class experiment and she thought it was a betta. Turns out its a guppy-super active, looks healthy? But it was kept in this disgusting like 500ml of water...so I put him in clean water but Im not sure what to do...I dont have any set up for a guppy, also I thought they were supposed to be in groups?? Just so sad, and I dont know what to do. Is there a way to tell even if its a boy or girl? Can I feed it blood worms and betta pellets or is there different food for it? My mom said the class was feeding it goldfish flakes. 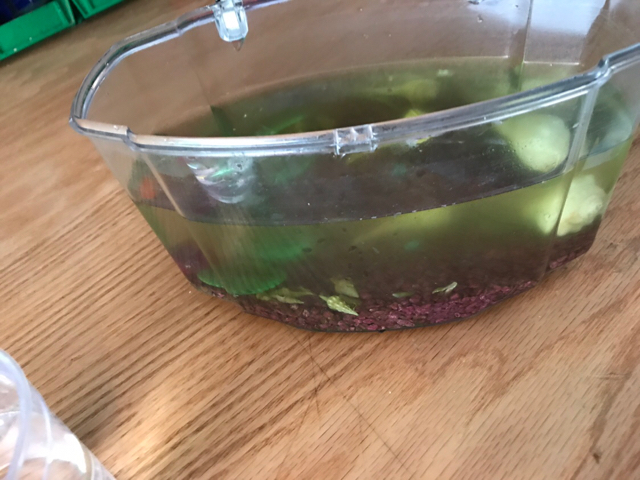 Join Date: Nov 2018
Location: Oil City PA. USA
Posts: 1,268
Aquarium
Oh yuck. That is one disgusting sewer he is in. As far as being alone They usually are in groups or shoals. (however I have one guppy that I bought to just cycle a tank for me.) But as of today he now has a big friend.
As far as food, if you are feeding flake betta food he, or she will eat that. Just keep it in clean water in a sizable bowl until you can work it into a tank. They are tropical and do need warm water 76-80 degrees.
Old Dog 59 is online now
Quote Quick Reply
post #3 of 10 (permalink) Old 06-28-2019, 05:35 PM Thread Starter
grre
Member

Join Date: Jun 2019
Location: Canada
Posts: 56
I have him in a good .5 liter with some hornwort, is that okay? Do guppies like/need plants like bettas do???

Join Date: Nov 2018
Location: UK
Posts: 564
What on earth was the ‘experiment’ they were running’

You can determine the sex of an adult guppy by the flamboyance of the tail.

Join Date: Nov 2018
Location: Oil City PA. USA
Posts: 1,268
Aquarium
Guppies like almost any other fish like to have overhead cover and places to hide when needed. for the most part they swim mindlessly around the tank. They really should have company of their own kind, but males seem a little more forgiving on this issue. I would say a half gallon for right now would be considered a mansion compared to what it came out of. With no filtration or heater it's going to be hard on him. You will need to change 100% of the water daily. and match the temp of the old water.

Join Date: Mar 2013
Location: Tennessee
Posts: 18,059
For easy peasy, if you have another .5 gallon container you can set it out for several hours, treat with conditioner and put him in that. Then temperatures match. I did bowl switching all of the time way back when.....
My 60-Year Aquarium and 53-Year Betta Addictions
https://www.bettafish.com/144-journa...addiction.html
If your dog thinks you are the greatest do not seek a second opinion
RussellTheShihTzu is offline
Quote Quick Reply
post #8 of 10 (permalink) Old 06-29-2019, 06:02 PM Thread Starter
grre
Member

Join Date: Jun 2019
Location: Canada
Posts: 56
good news is I got him (hes unnamed still) a 2 gal...hope that will hold him for a while. also the temperature rest assured is a stable 85+...i plan on doing 50-70% water changes at least every twos days if possible, i have a bathroom in my bedroom so not going to be a problem. i do have a couple more questions though before i finish with this thread, you guys have been so helpful!

-Food: I bought betta flakes (couldnt find guppy ones) and Ive been trying those and the freeze dried blood worms, neither has been appealing to him so far...he completely ignores it. They were apparently feeding him gold fish flakes before, could that be why?
-Ive had him with my hornwort, and at first he seemed confused by it? Like hed bump into it and it seemed to scare him...not sure if this is normal as bettas dont react to plants that way but everyone here has assured my that hornwort should be great? Ive also noticed him eating it, and read that guppies do eat plants? Is that right? Is that okay? Could that be why he isnt that interested in food?
-Are guppies as smart as betta fish? I use smart loosely of course, but All Ive seen so far is a lot of very quick swimming and watching me...is that normal behaviour?

I really hope he lives, I mean, he survived for what I can only guess was quite a few months in that swamp he was in. Less than a liter of water, with probably monthly water changes...just awful. For those asking the experiment was on ecosystems apparently (or so my mom told me). But there was nothing else alive in his tank??? What kind of ecosystem is that?

I use sponge filters in my vases and they work very well.

Hornwort, Anacharis and other fast-growing stem plants are good as they absorb the baddies like a sponge.

Break the flakes into tiny specks and remove leftover with a turkey baster. Guppy food is so teeny tiny; almost like dust. See if you can find Goldfish food as Betta food will not meet their nutritional needs.

Guppies, like Goldfish, are omnivores so eating plants isn't a problem for them. Thus, they can also eat the same prepared food.
Old Dog 59 likes this.
My 60-Year Aquarium and 53-Year Betta Addictions
https://www.bettafish.com/144-journa...addiction.html
If your dog thinks you are the greatest do not seek a second opinion
RussellTheShihTzu is offline
Quote Quick Reply
post #10 of 10 (permalink) Old 06-30-2019, 07:35 AM
Old Dog 59
Member

Join Date: Nov 2018
Location: Oil City PA. USA
Posts: 1,268
Aquarium
Always go with any info you get from Russell. She knows of what she is talking about. There are some very good sources on here but when it comes to care of fish The lady with over 50 years of experience is my go to.
Old Dog 59 is online now
Quote Quick Reply