Midnight in the 57 litre

Joined Nov 20, 2018
·
564 Posts
Following the tragic (also unexpected, and unexplained) demise of No Name (aka Clint), i left the tank quietly ticking over for some weeks. Just the nerite, the two shrimp, and the ember tetras.

But it is never dull.

Nerite seems happy. I shall probably switch him/her out into a more algaeified tank soon, to prevent any chance of malnutrition. This tank doesn’t seem to grow much algae.

The shrimp are eternally busy. Sold as 2 amano, they now seem to be 1 amano and 1 ghost. Both dutifully keeping the place spotless, but the amano is, I think, increasingly obese. :laugh:

The embers are lovely. Bought 10. 1 died after 10 days. The others are all still perky after 10 months. I worry about them going hungry when I am away for up to a week at a time, but they seem fine. Don’t even seem to loose any weight.

Eventually, after mourning No Name for a suitable period, Midnight moved in.
No idea what to call his colouring.
A bit of black orchid with red underneath, and a white saddle? Anyone with a better suggestion, please let me know.

He is rather small, and flared at EVERYTHING for the first few days, but it didn’t take long for him to adjust.
Still growing, but his colours have remained stable.
He is also incapable of sitting still, and is extremely camera shy. No glass surfing for this boy!

These pics are not great, but hopefully they give you an indication of his active, investigatory life.

Oh, and he prefers to eat off the bottom, not the surface or when swirling in the water column. Yet he spurns shrimp food as beneath his attention. :wink3: 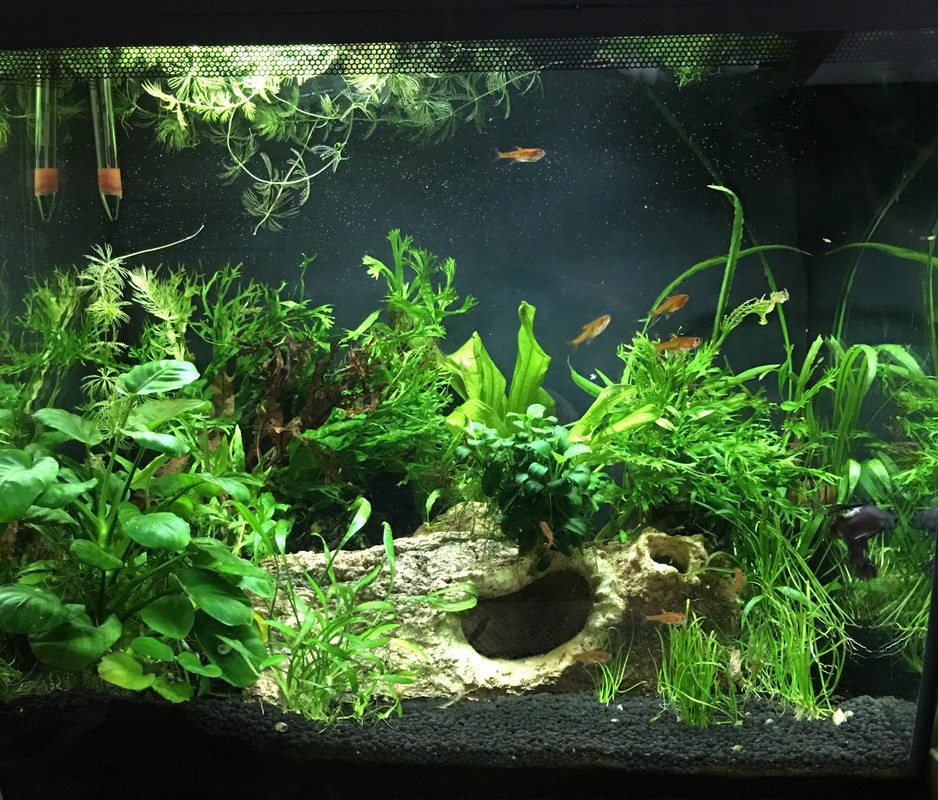 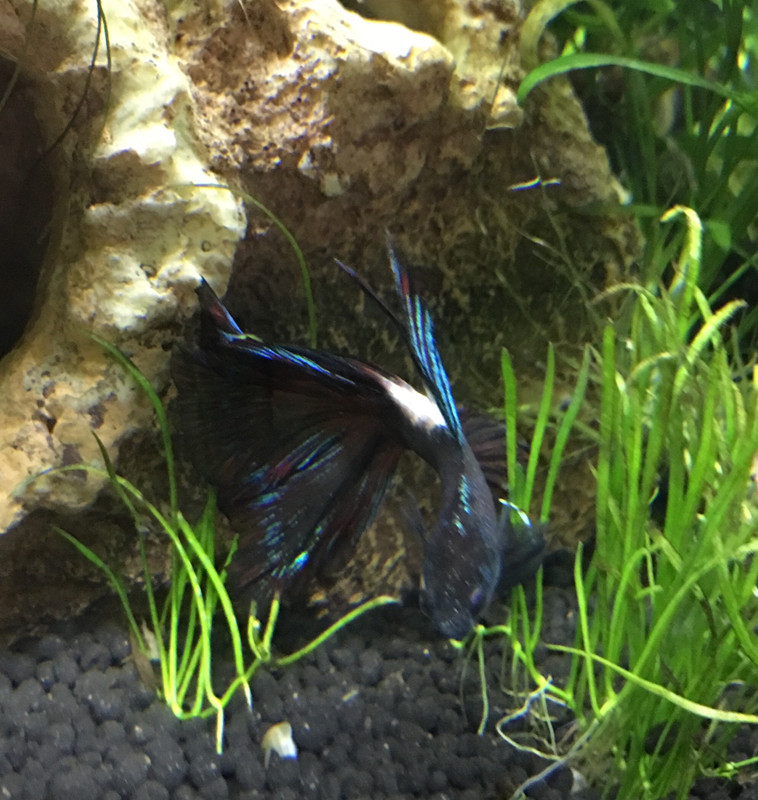 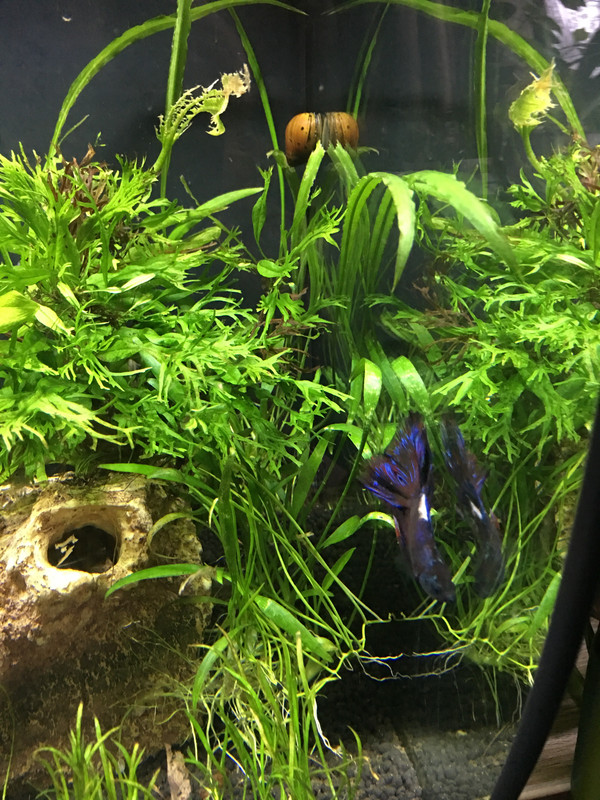 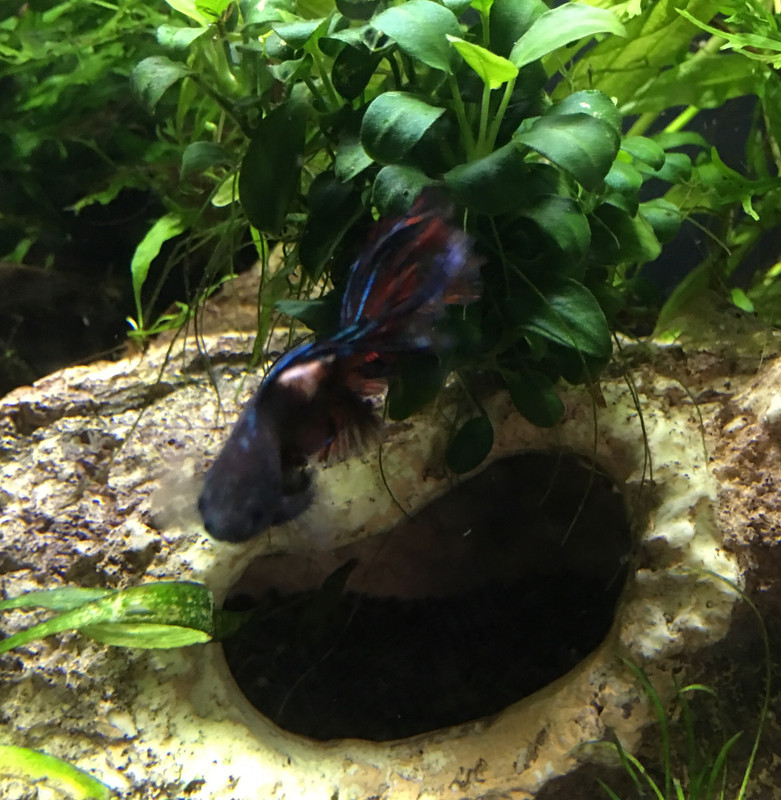 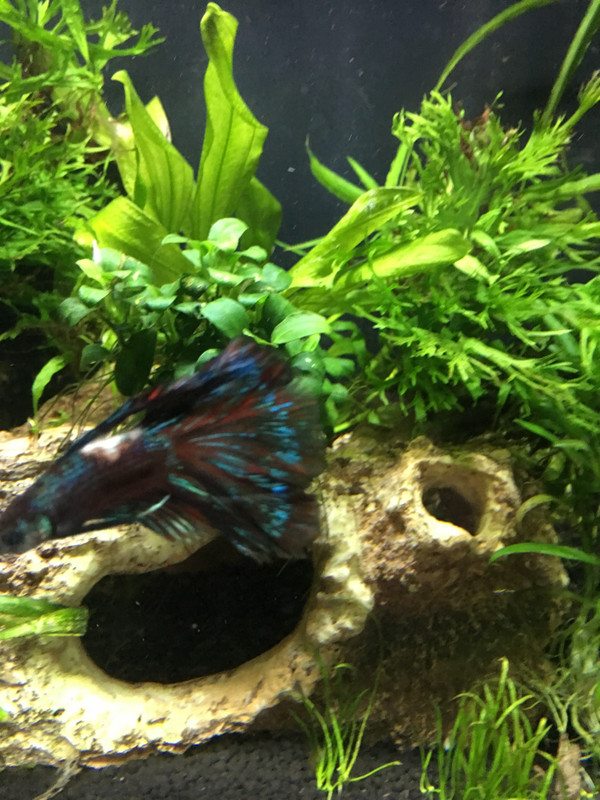 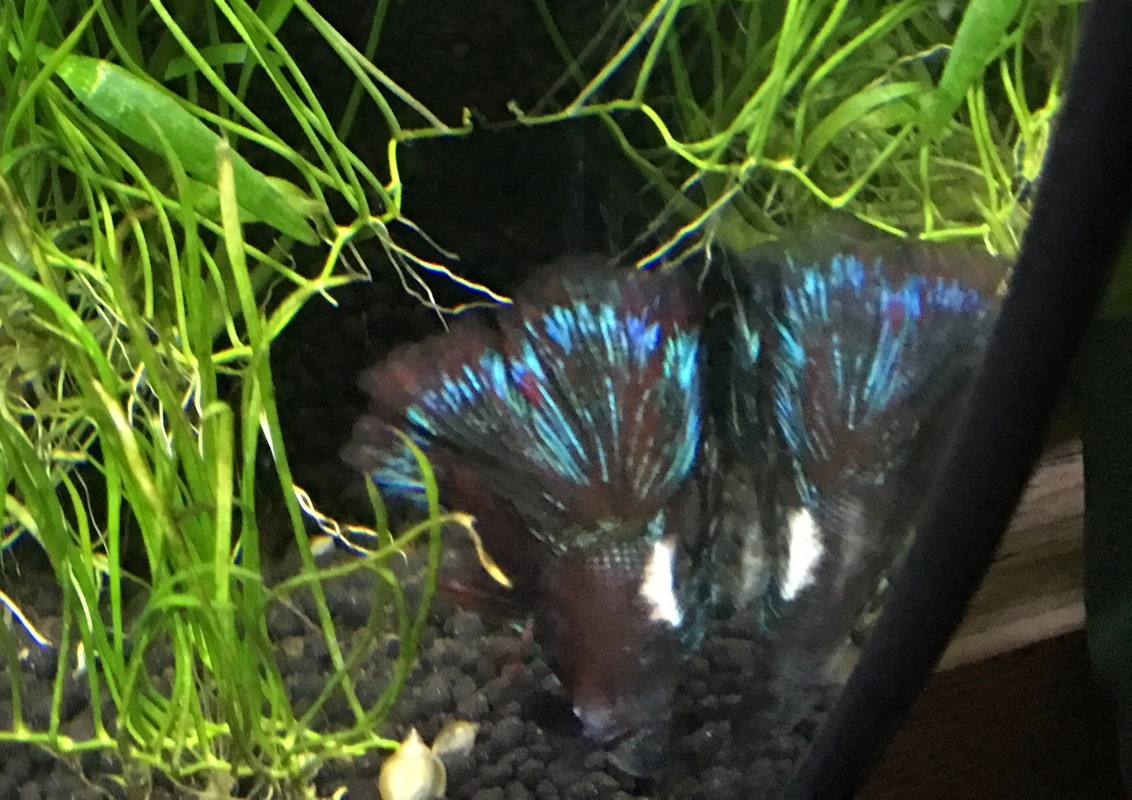 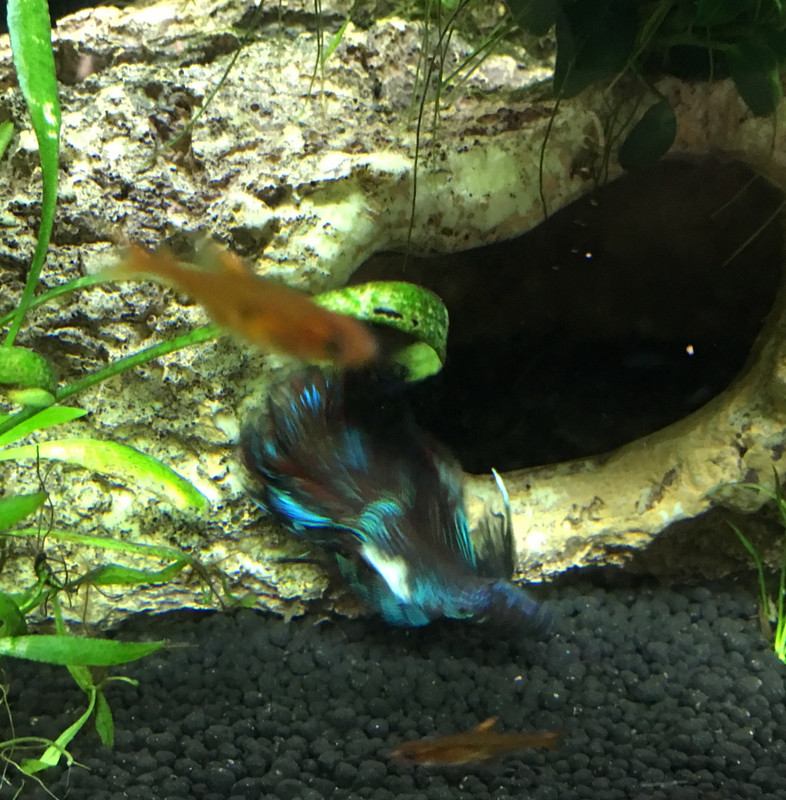 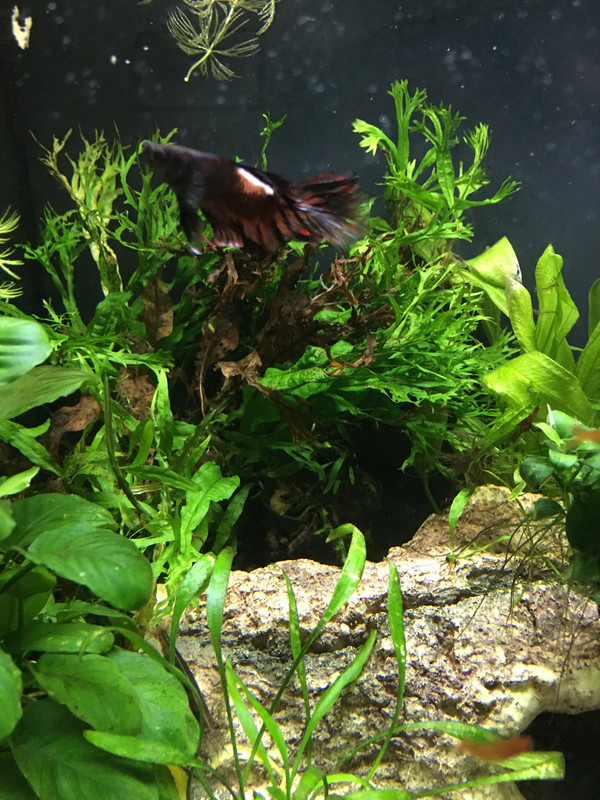 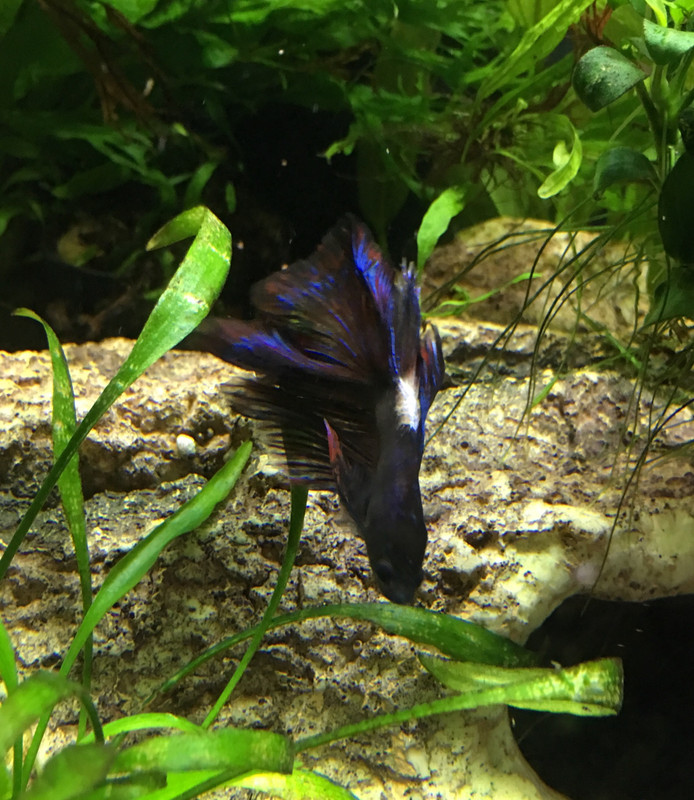 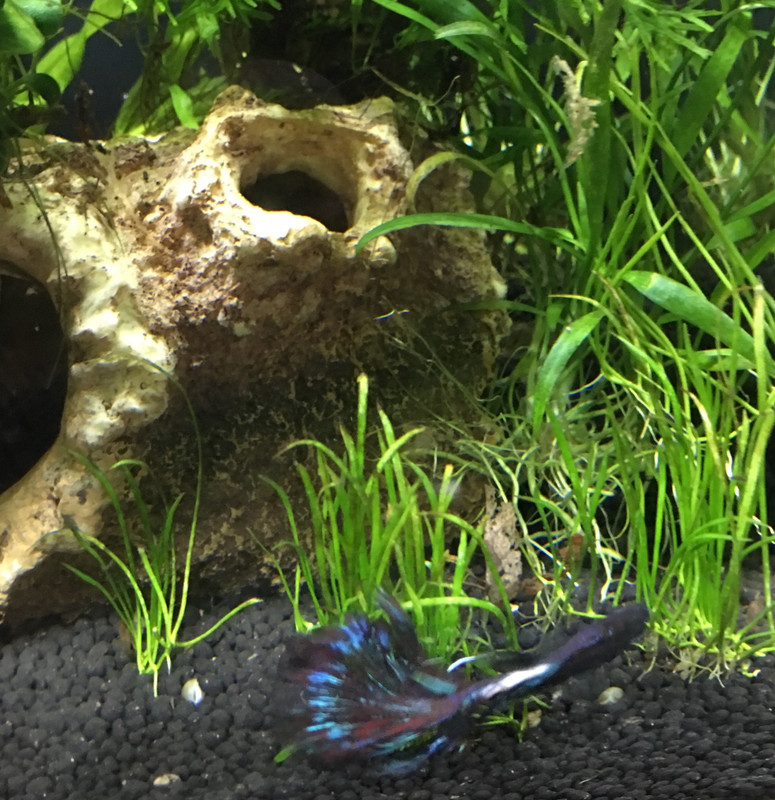 Joined Nov 11, 2018
·
1,338 Posts
He is absolutely beautiful. I wouldn't change his name. It's so nice when they are so active and loving the exploration of their new home. Cal is just the same loves to explore and horn in on the ember and white cloud union meetings. He keeps wondering why the meetings don't last long. it's either that or he goes in and tells them to move along can't loiter. Blue Midnight is going to give you some fits I can see it in his defiant face LOL.

Joined 12 mo ago
·
54 Posts
I am no help when it comes to the technical color of bettas but I must say that you have found yourself quite a stunner. Also your tank looks beautiful. I am a sucker for lush green planted tanks!